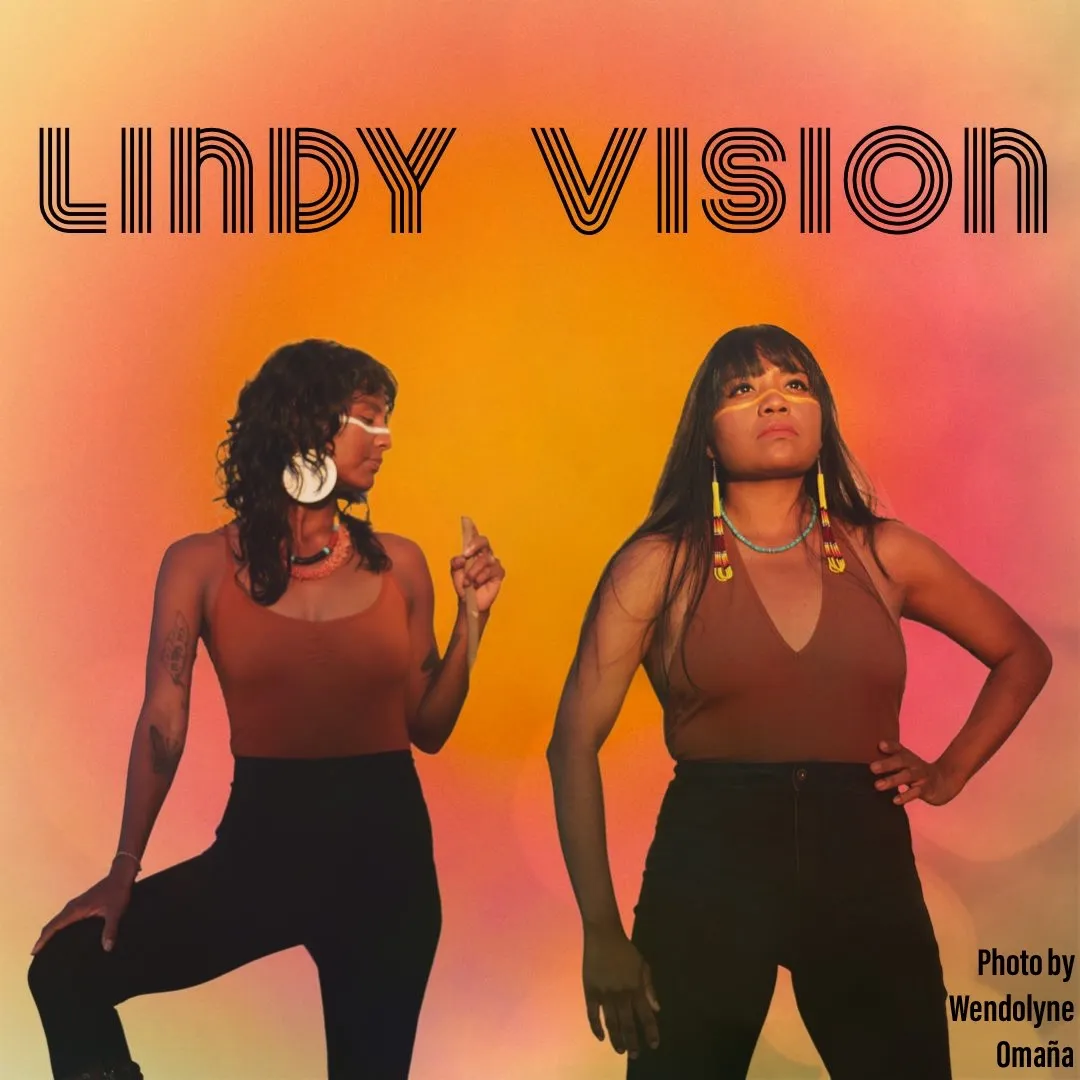 Join us on the SITE Prow for Lindy Vision!

Since 2014, the band has self-released all of their music, including 3 full-length studio albums, 3 EPS, and various singles. They are known for their raw unfiltered honesty in their music and their brave exploration of life as adult children of alcoholics and the aftermath of relationship building and healing their interpersonal relationships, especially as sisters. Since 2021, the band has transformed from a sister trio to a sister duo with one sister leaving the band to pursue other projects.

“Woman on a Hunt” is the duo’s latest single and their follow-up to their first single, “Running.” The sister duo describes the creative process behind their latest project as “women hunting for that one song that haunts you, for love that transcends space and time, and for healing those parts of us that we feared were forever broken.” Woman on a Hunt is an anthem for Indigenous women everywhere and it continues the band’s experimentation with self recordings at their home studio in Albuquerque, NM. The pair continue on this journey exploring new sounds in this current moment of time they find themselves in. It definitely feels like a strange time to be alive and the sisters explore this feeling in their music. This feeling of unrest and overstimulation. They persevere and keep doing the one thing that comes natural to them- expressing themselves through music.

To date, Dorothy (DD) and Natasha (NA) continue to write and perform as a duo, creating music that represents empowerment and acceptance. Together, through their music, they continue to promote Indigenous women empowerment and resilience as they embrace their new chapter of motherhood.  Their first official project as a duo is set to release in early 2023.