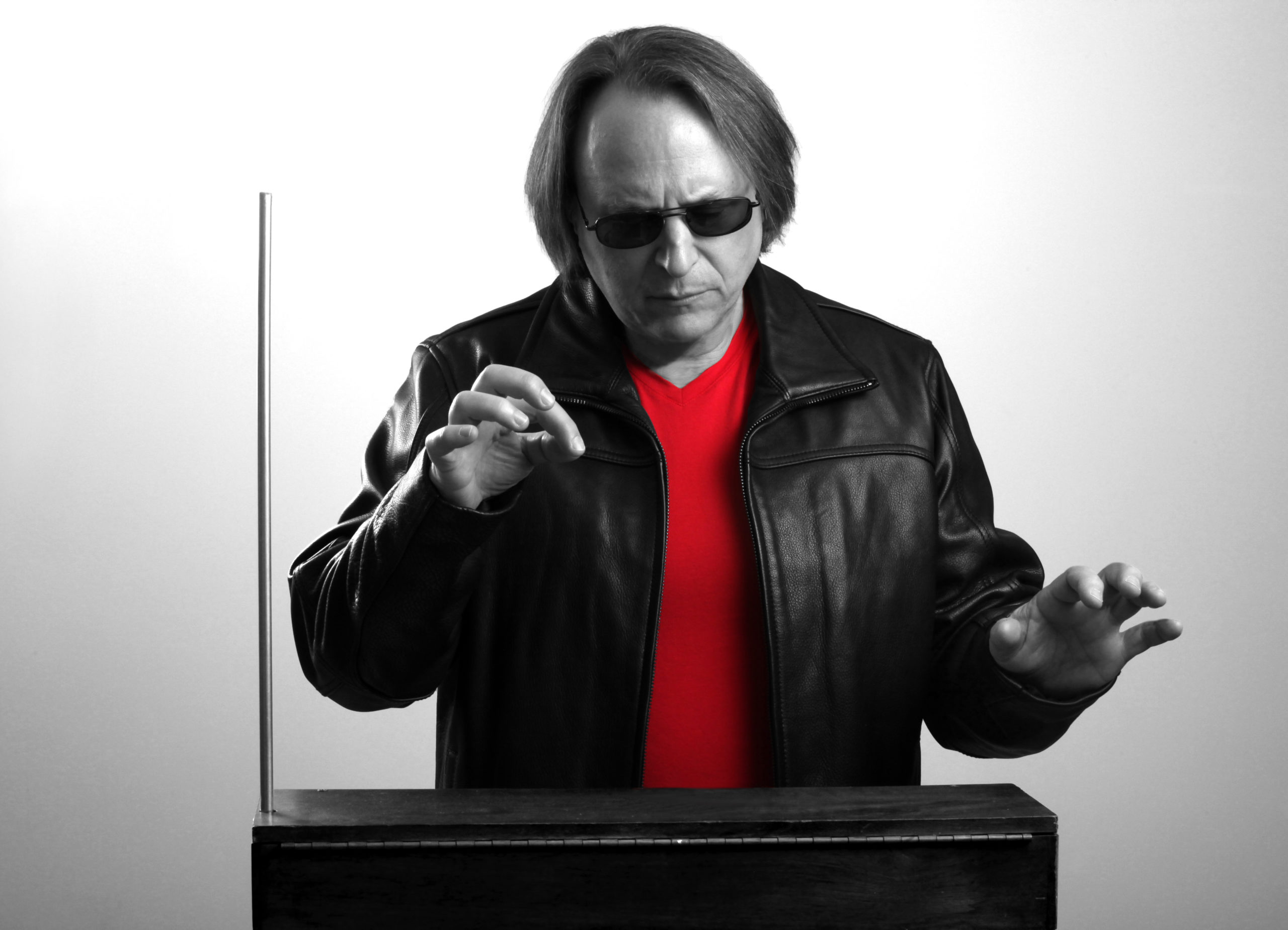 Rob Schwimmer is a composer-pianist, thereminist, vocalist and Haken Continuum player who has performed and recorded throughout the world. Praised by The New York Times for his “Virtuosity, magic, and humor” Rob has just completed his long awaited 2nd solo CD “Heart Of Hearing” for theremin, Haken Continuum and solo piano. Known for his work as a solo artist (and as a founding member of the highly acclaimed Polygraph Lounge duo with multi-instrumentalist Mark Stewart of Bang On A Can Allstars/Paul Simon) Rob’s piano playing on his first solo CD “Beyond The Sky” has been widely lauded in both classical and jazz publications: Hailed as “Extraordinary” in Gramophone and “Shaping up to be the finest solo piano CD of the year” in The NYC Jazz Record while The New York Times praised his “…machine-gun speed and clarity.” Recently Rob has been featured ondioline/keyboards/theremin soloist with Gotye’s Ondioline Orchestra which has played to acclaim from National Sawdust and Roulette in NYC to Moogfest (Durham, NC) to Tasmania and The Sydney Festival (both in Jan 2018.) Rob also did arrangements for Gotye’s upcoming release. Rob is also a leading player of the Haken Continuum fingerboard. Schwimmer is the theremin soloist for Ethan Iverson’s (The Bad Plus) “Pepperland,” a full length dance piece for The Mark Morris Dance Group which premiered in Liverpool in 2017 as part of Liverpool’s “Sgt. Pepper at 50” celebration. Recent recording sessions on Haken Continuum include Paul Simon, Esperanza Spalding and Trey Anastasio.